Public Notice is hereby given that the City of Rensselaer is requesting proposals from qualified construction contractors for the following Project: On-call Emergency Repair services for Public Works, Water and Sewer Departments.
Mar 12, 2020, 2:12 PM

As of March 1, 2020, anyone in New York charging sales tax will not be using plastic bags and are not required to provide other types of bags to consumers. Are you prepared?
Feb 19, 2020, 5:57 AM

RENSSELAER, N.Y. (Dec. 31, 2019) – The City of Rensselaer has announced the completion of a $6.6 million infrastructure improvement project on East Street, the latest of more than $80 million of city infrastructure projects over the past decade and a half. This infrastructure improvement project restores East Street to a state of good repair, complete with a new paved surface (under the city’s Complete Streets policy) and significant underground infrastructure additions. East Street for many years was the “frontdoor” to the Albany-Rensselaer rail station prior to the Herrick Street Bridge’s construction in the early 2000s. Due to heavy vehicular use over the years, the condition of East Street had deteriorated. “The restoration of East Street was a goal for my administration, a goal started under my predecessor, the late Mayor Dan Dwyer,” said Mayor Richard J. Mooney. “Thanks in part to our partners at DOT and EFC and under the leadership of Charles Moore, the city’s director of planning and building, the state-of-the-art improvements on East Street will support further growth for our city’s development.” Project costs totaled $6,602,553, supported by a $2,250,000 grant from the New York State Department of Transportation and $2,102,000 in grants from the New York State Environmental Facilities Corporation.
Dec 31, 2019, 10:42 AM 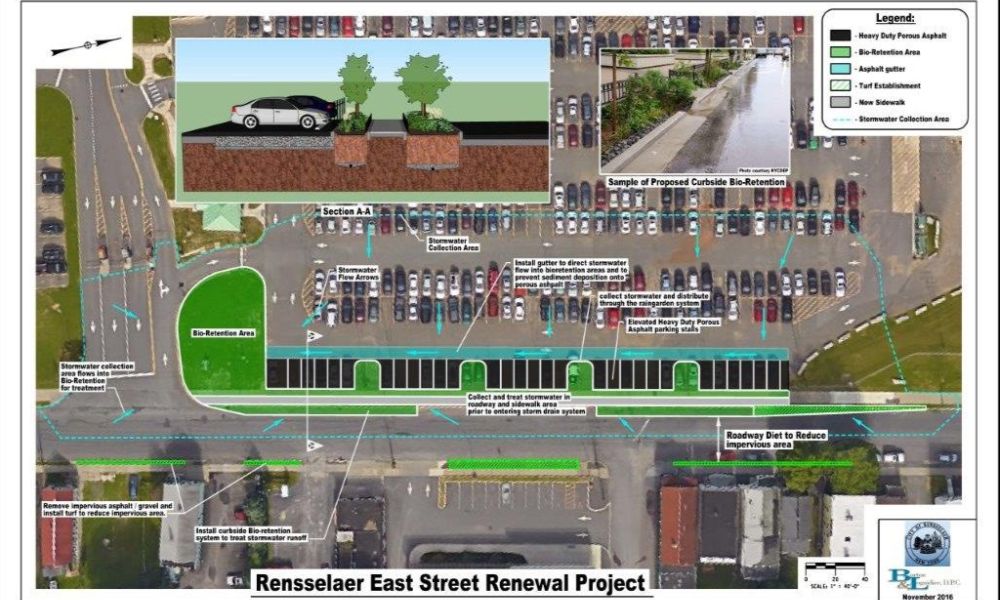 The grant money is aimed to improve pedestrian safety and minimize crash potential by implementing countermeasures at the crossings on local urban roads and streets.
Sep 4, 2019, 1:00 AM