When the city formed it also formed a Police Department from what man power existed in the three villages. So in 1897 the City of Rensselaer Police department was founded. 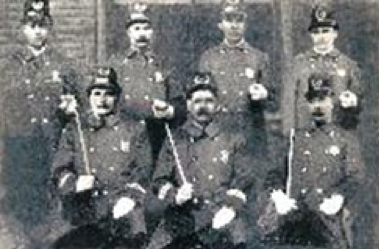 In 1897 the police department started with one Chief of Police and six patrolmen. The uniform consisted of full wool blouses and a "Keystone Cop" or Bobby" style cap. Even on the hottest of days officers were expected to wear these uniforms. By 1902 the department expanded to an eleven man department and by then had created a detective position and continued an eleven man department through 1922. Between 1902 and 1922 the uniform styles began to change, most noticeably the styles of the hats.

Through the 1930's the department expanded to fifteen man and by the 1940's grew to eighteen men. By 1958 the department saw twenty-one men and still growing. By 1972 the man power increased to twenty five and by 1979 it reached thirty one officers. With summer help in the 1980's the forced was believed to have peaked at thirty three officers. In 1986 the city decided to hire civilian dispatchers to take officers off the desk and put them on the street. In 1997 the department celebrated its 100th anniversary. The department in 1997 was at twenty eight sworn officers and five civilian dispatchers. At the present time there is one Chief, one Deputy Chief, one Detective Sergeant, two Sergeants, two detectives and eighteen patrolman. 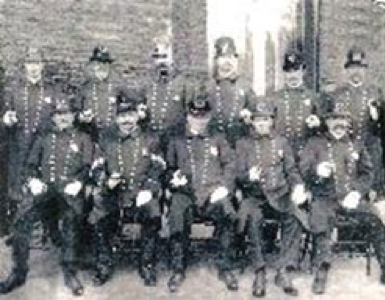 Through the years there have been many changes. Communication being on of the biggest. We saw the call boxes and then the single two way radios. Policemen went from walking the beat, to using horses, to the motorized vehicles (motorcycles and automobiles) Identification technology evolved from measuring a persons body parts, to a persons individual fingerprints to DNA.

And through the years the Rensselaer Police Department has developed into a department the residents can be proud of. 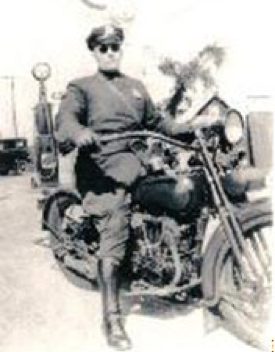 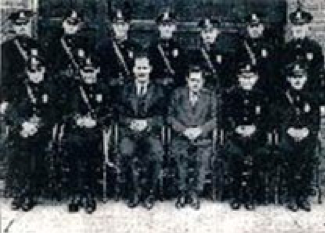